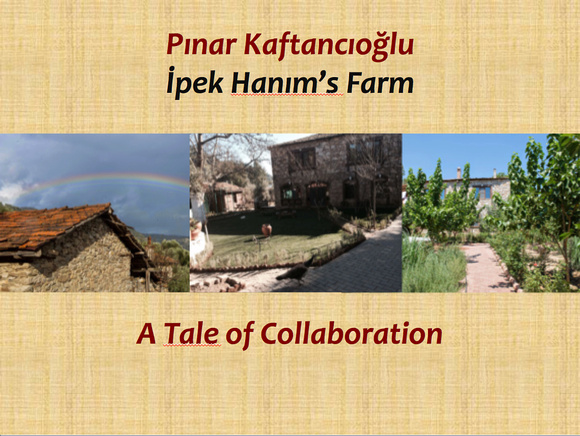 We spent our last weekend at Yale University's Women in Leadership Initiative Conferences. I am honored to have accompanied Ms. Pinar Kaftancioglu, the owner of Ipek Hanim'in Ciftligi (the name translates as "Miss Ipek's Farm", the farm being named after the owner's little daughter) in Turkey, which is - for the lack of a better, faster summary - what I will call a revolutionary little eco-system of fair farming that is respectful of the people it feeds and employs, the land, the animals, the soil and traditional native seeds.

Having been put in touch with Pinar (the owner of the farm, who individually reads and responds to each incoming e-mail) via my lovely cousin, I have been a consumer of the farm, and a passionate supporter of their cause. I am very pleased that their accomplishments are being recognized at a global level. What she dreamed and had the courage to create should be a torch and guiding light to all farming industries - on a global level - that it IS possible to make a living without exploiting and harming everything and everyone along your way.

This was the first time a Turkish woman was invited to speak at the Women In Leadership Conference.  This is not only an honor for Turkey and Turkish women, but hope for all of us, who believe that a better, honest and respectful way is possible.

I accompanied Pinar at Yale's conference as her translator, and I am so very glad that I could lend a helping hand.  The little room filled with listeners, who all listened intently, taking notes, eyes wide open, with a bit of amusement and surprise about this unlikely success story.

In a world where corporations and agribusiness get away with lying, cheating, stealing, and "making up stories" along the way, where a story told 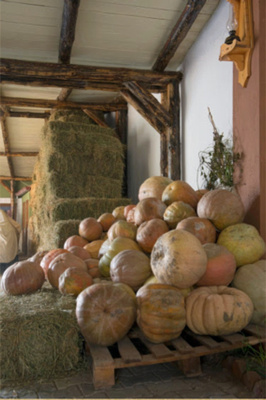 many, many times becomes "truth", and millions of Dollars can buy your trust, brain, heart and wallet, with complete disregards for your health and the real truth.  We live in a nation of 300 million people, where there is a prevelant belief that "milk does a body good", whereas there is absolutely no scientific reason or logical explanation why the milk made by a bovine should be good for a human baby.

Putting aside all other reasons and logic, if you just look at the fact that bovine milk is made to feed a newborn calf, that is on average 60 pounds, compared to a human baby, that weighs an average of 7 pounds, you will kind of get the gist of the story.

(A mature cow can weigh anywhere from 600 to over 3,000 pounds, depending on the breed, and a mature human is well, not supposed to be anywhere close to that.  On the other hand, it is not so hard to understand our increasing weight problems when so many types of inappropriate "stuff" and toxins are being shoved down our throats under the guise of "food".)

When sufficient cleevage and bouncy hair is thrown at us from glossy pages, we begin to drool, and forget about the real boobs we should be sourcing our milk from.

As tempted as I am, I will try to refrain from what else is wrong with the food related marketing we receive, because I want to come back to what Pinar is doing.

From 2006 to 2015, she kept on adding new products to the mix and increasing the work force.

The work force are basically her neighbors.  Families participate in numbers.  The young, the middle aged and the elderly.

They deliberately do not automate jobs at the farm in order to ensure more people remain employed and in the system.

She pays fair wages and social security to her farmers, in a county where virtually no one employs farmers full time, nor do they pay social security.  Whole villages are forced to shut down and able-bodied men are forced to work in the coal mines at huge risk of disease and death, just to qualify for social security, even tough the pay is minimum wage and is about 2/3rds below the national poverty line, (and about 1/3rd below the hunger line) according to the 2014 statistics.

Pinar does not have a sophisticated accounting system. She relies on the honor system, where she receives an order, ships it to the consumer, and she's done. She does not follow up.  People make a payment whenever, however much they like.

Now one might think that people would cheat and skip payments.  But they don't.  They pay.

The audience in the room has HUGE eyes when they hear this!

It sounds unthinkable - but it works!

And I am witness. I have bought from Pinar's farm every time I visited Turkey in the past year, and received multiple shipments from them.  Sometimes my payment was late for a couple of weeks, due to a glitch with my online banking.  She was so kind and trusting that she never mentioned it.  This, in return, ensured that I paid for my next payment asap.  I wanted her to be paid. I wanted those villagers to receive their salaries.  I wanted to receive these gorgeous apples and carrots for my daughter again next time.

Pinar is honest about the mistakes they've made.  And she is grateful: "We have 50,000 teachers.  They tell us what we did wrong.  How we can do it better.  What we should be selling.  We listen.  Not only myself.  I walk around the farm with my iPad, and read the commentary and feedback to the farmers and workers.  I share the success stories with them.  How their herbs helped with someone's child's stomach ache.  How the soaps of one helped with someone's hair loss... The workers appreciate this.  They feel and know that they are a part of this.  They are connected to their end product and the effect it has on people's lives.  They know how it's received and how it can be made better."

She also talks about Marketing.  And proudly confesses that they have no existence on social media.  No Facebook or Tweeter account.  No paid advertising on Google or anywhere else.  Only word of mouth.  They don't tell marketing stories.  They just tell the real story, of what goes on in the farm.  If they're out of something, they just scratch that item from the list and don't ship it.  They don't try to force the soil or the crops or the work force to produce more than they can naturally produce.  They don't use harmful techniques to increase output.  They don't use pesticides, GMOs, antibiotics, hormones or any of the like.  Sometimes the spinach comes with holes in the leaves, and sometimes there is a slug in the romaine lettuce.  Her customers prefer the slugs to toxins and pesticides.  The carrots from a bag are half red, half orange, and their shapes are all unique.  Her customers appreciate this natural variation.

Her customers are OK paying slightly higher prices for their food than buying at the corner super-market.  They value the effort that goes into it, 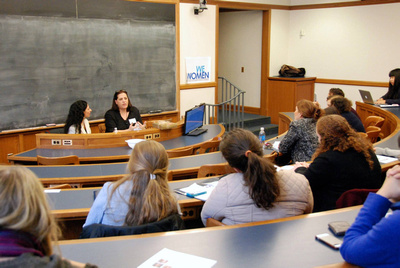 and they want the farmers to be paid well.  The receive their boxes at their doorstep, carefully hand-packed one egg at a time by the 75-year old grandpa who is in charge of wrapping eggs.  He is deliberately employed - although he is not the fastest worker, but he has so much experience he shares with the youngsters.  And he can take home a salary.  Everyone benefits.

The farm acts as a trend-setter now amongst consumers.  Big city folk who used to look down upon traditional foods and ingredients began taking pride in cooking with native grains.  They are now starting to post selfies on social media, making their own yogurt at home.

They now know real bread gets moldy and hard.  They teach their friends.  They take pride in going back to the roots. Back to the older, natural ways.

Pinar is confident about the power of consumers.  She says: "I do not believe in consumers being victims of the food industry.  Noone has to buy a product that is not right.  You are not limited to what they sell you.  Your strength is in your purchase.  If you don't like a company, their practices, their products or ingredients, you have the power. DO NOT BUY their products.  They have no choice but to respond.  In order to stay in business, they much listen to consumers.  You have the power to shape the industry, to determine the quality of the products and how they are made. Make your choices be known."

To me this whole system is genius.  It is based on love.  It is simple.  It is organic.  It is sustainable.  It makes for happy workers and happy consumers. 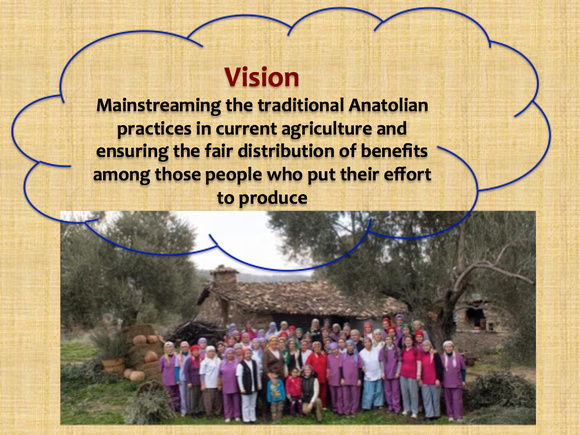 Ipek Hanim's Farm has reached its full capacity.  Pinar says that they do not want to grow beyond this point in order to preserve quality and stay true to their principals and standards.  But, the game is not over yet.  Her mission is now to duplicate the example and give a hand to new leaders who want to start other farms like this one.  She says "We have learned a lot. Through experience, time and our mistakes.  We have a lot to teach the new leaders, so that we can multiply these farms."

My fiancee being a Yale alumnus, it was a lovely home-coming for us, and I earned my very own personal Yale mug, graciously gifted to me by the lovely H. Nur Eken, the young Turkish Yale student who hosted us.

(Deserving her own success story to be posted some day, this young girl from a public school in the heart of Anatolia, showed the gift to be

accepted into Yale.  Typically very few graduates from only private schools of Turkey can qualify for Yale, and surely Nur's accomplishment is testament to her personal ability and potential.  Having met her in person, I am impressed with her humble, kind, and wise stance, beyond her years. I am sure we will hear of her accomplishments in the future.)

I hope that the ideas and inspiration spread by Pinar at this conference outlast my mug, which is one day bound to shatter into pieces, but the philosophy of Good and Honest Food must prevail.  We absolutely, desperately need it to be successful, popular, and desirable because this is the only way we can save this planet.  By producing, consuming, and protecting honest food.

Thank you Pinar.  Thank you everyone at Pinar Hanim'in Ciftligi (Farm), and thank you Yale University for spreading the word.